Day trip from Tashkent to Samarkand

Samarkand, a key Silk Road city that has witnessed a lot of upheavals during the times of Alexander the Great (Macedonian), the Arabic Conquest, Ghengis-Khan Conquest and lastly Tamerlane’s. Hence, Samarkand’s culture was developed and mixed together with the Iranian, Indian, Mongolian and a bit of the Western and Eastern cultures. 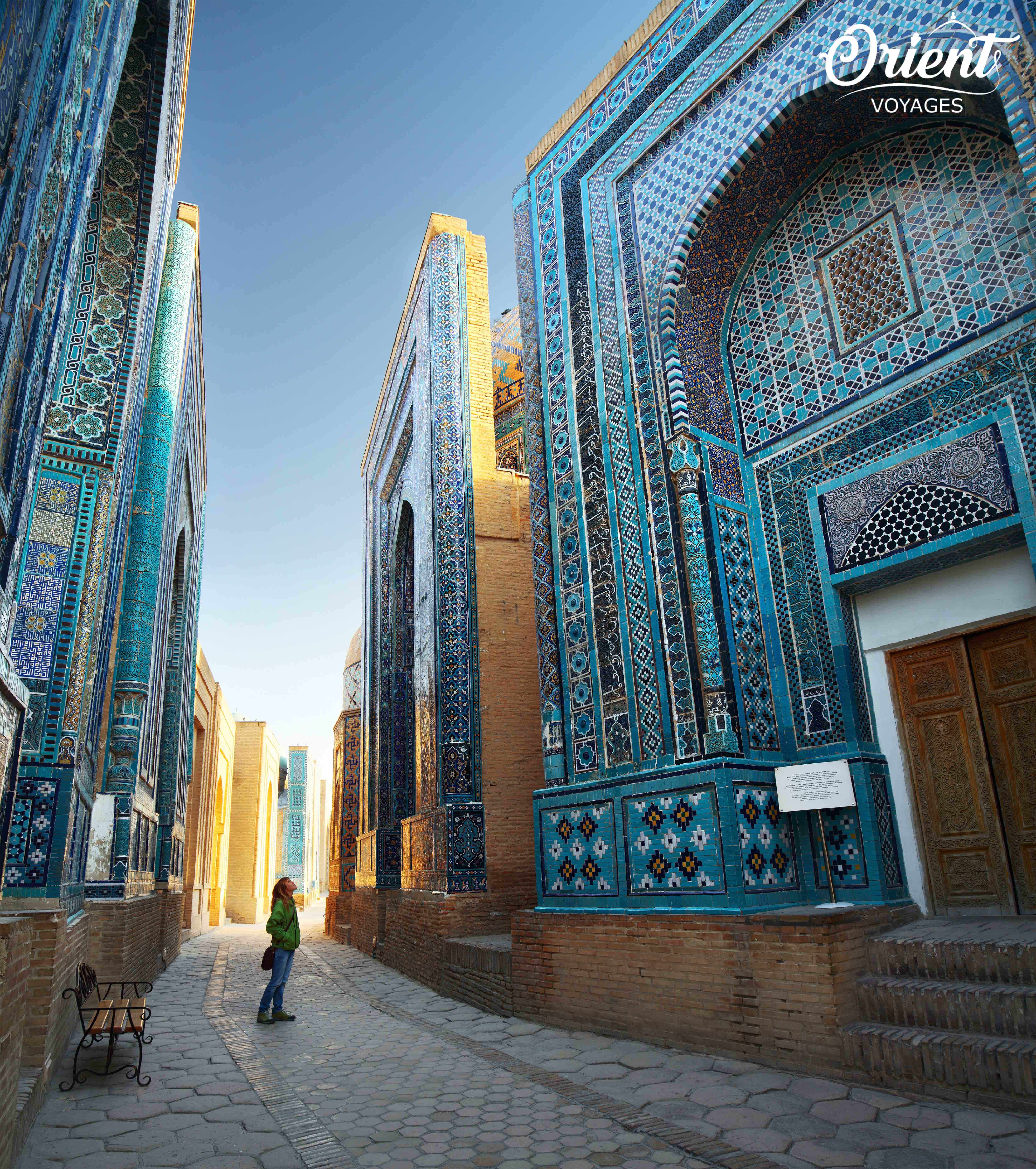 Arrival to Samarkand from Tashkent by for high-speed train “Afrosiyob” Tashkent/Samarkand at 07h28/09h42 or 08h00/10h08. Meet at the train station by your guide and driver.
SS tour of Samarkand: visit to Registan Square (meaning “sandy place”) became an official centre of Samarkand since Tamerlane the Great’s time. The Square is surrounded by the Ulugbek’s madrassah, the Sher-Dor madrassah, and Tilla-Kori madrassah; Mosque Bibi-Khanum (named in hohor of Timur’s eldest and favorite wife); Siab bazaar, a colorful main farmers’ market; Necropolis Shakhi-Zinda and ensemble of mausoleums  (According to the legend, the ensemble was erected around the grave of Kussam, a son of Abbas and cousin of Mohammed); visit to Samarkand Handmade Silk Paper Center “Meros”; Gur-Emir Mausoleum (graves of Tamerlane and his descendants).
Lunch at local restaurant during the visits. Today you will taste world-famous Uzbek plov.
Transfer to the train station for high-speed train “Afrosiyob” Samarkand/Tashkent at 17h28/19h44 or 18h00/20h10.